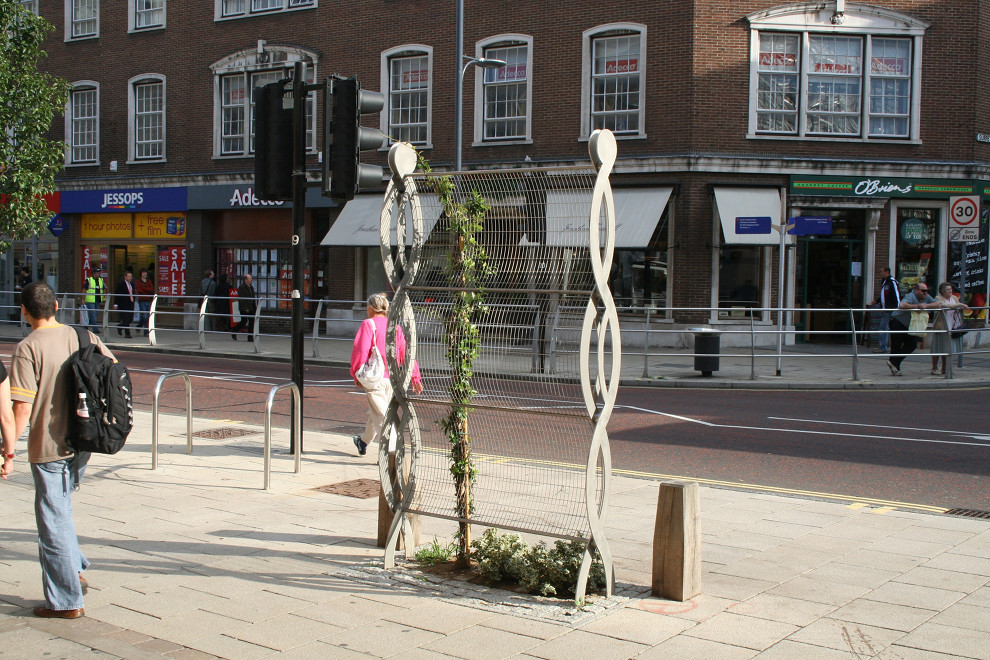 In 2002, The BBC‘s “Today” programme on Radio 4 ran a competition to find the best and worst streets in England. St Stephens Street in Norwich was voted the worst in East Anglia.

The initial impetus to carry out improvements came from Norfolk County Council‘s desire to improve provision for public transport, particularly buses. A new bus station, completed during the summer of 2005, was to be linked to the railway station via a 1.5km “green spine” through the city centre.

During 2005, work has been carried out in St Stephens Street, at the bus station end of this spine, to improve the environment for pedestrians through provision of greater circulation space, enhanced streetscape and traffic management.

The major Chapelfield shopping development, opening off the street, was also due to be completed in 2005 and a planning agreement with the developer secured significant additional funding for improvements to public spaces in the vicinity. To ensure that sufficient funding was ultimately available for “greening” around the street, Norwich City Council allocated £160,000 specifically for that purpose. This has allowed provision of tree planting and climbing plant supports without the usual uncertainties over whether the budget will cover the final items – invariably the planting.

Consistency with other aims was ensured by the creation of a streetscape team which met on a regular basis to monitor progress. The initial proposals were displayed at public exhibitions during May 2004 and meetings were also held with interest groups.

The streetscape improvements have attempted a “blank street” approach whereby all existing clutter will be removed and the street scene built up again with the desired elements, including: new paving; street furniture; lighting; tree planting and, where there is insufficient room for trees, climbing plant supports (designed in-house). The supports and the seats (designed in-house, some with inscriptions relevant to the life of St Stephen) are intended to give a sense of local identity.

The scheme has had a positive effect on the pedestrian environment, with wider footpaths and a softening of the, formerly harsh, streetscape with new planting. What has elevated the scheme for many users is the new street furniture, particularly the seats and climbing plant supports, which imparts a distinctive character to the completed effect.